TechGirlz, a wonderful organization that I volunteer with who is committed to bridging the gender gap by exposing middle school girls to technology, recently held an exciting workshop that introduced 25 girls to Raspberry Pi, a credit-card sized computer, and Python, a programming language. 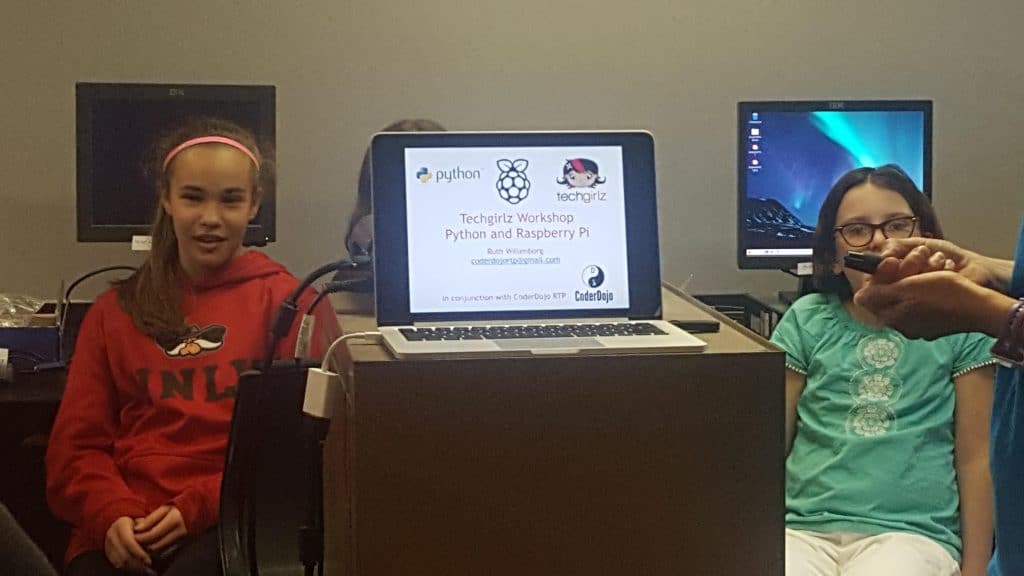 The girls had 1.5 hours to build a Parent Detector, which is basically a motion detector which records video when it senses movement in the room.

A couple of girls came in early and we showed them how to set up their Raspberry Pi devices. What surprised me is that, without prompt, when the next few girls came in, the girls who had just finished setting up volunteered to help the new arrivers set up as well. This had a domino effect with each group of newly set up girls helping the next wave of girls that came in. This was such a beautiful thing to me! It’s the exact kind of welcome you need when you walk into a room where you don’t know anyone and are expected to do something you’ve never done before. I was so proud of this spirit of helpfulness and encouragement. 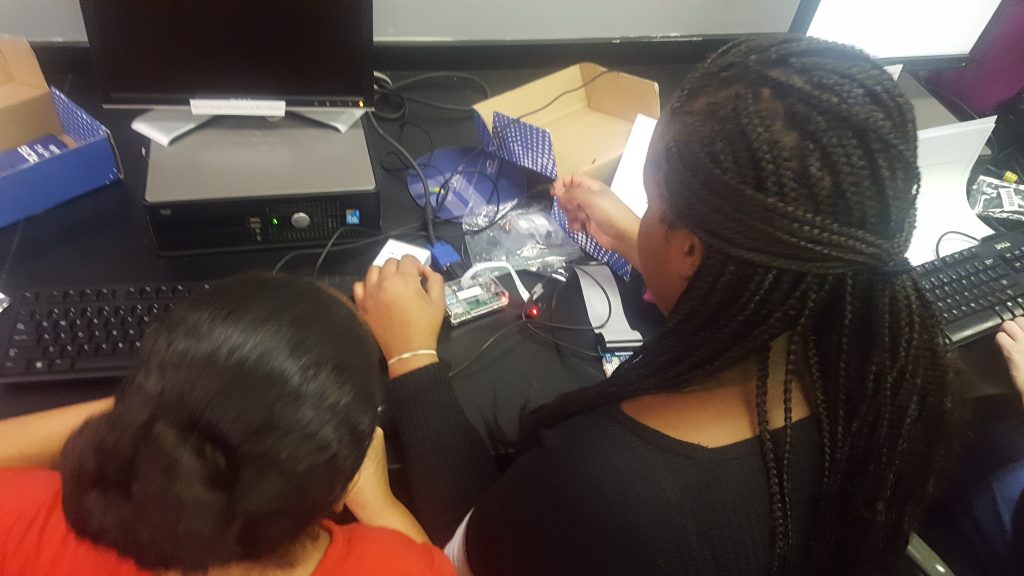 After a while, we ran out of devices, and as new girls came in they were openly invited by the ones who were already there to pair with them. Another very touching moment. They did such a great job pairing! I don’t think I’ve ever seen pairs as collaborative as these duos were. No one played the back and no one tried to dominate. It was mutual learning and effort on all parts.

The first task the girls had (after setting up their Pis, which is my opinion is a task all by itself) was to connect the camera module to their Raspberry Pi and have the device take their photo. They wrote the code for this and the excitement and sense of accomplishment when they saw their handy work turn the monitor into a camera was priceless! Seriously, we could have ended the workshop right here lol. 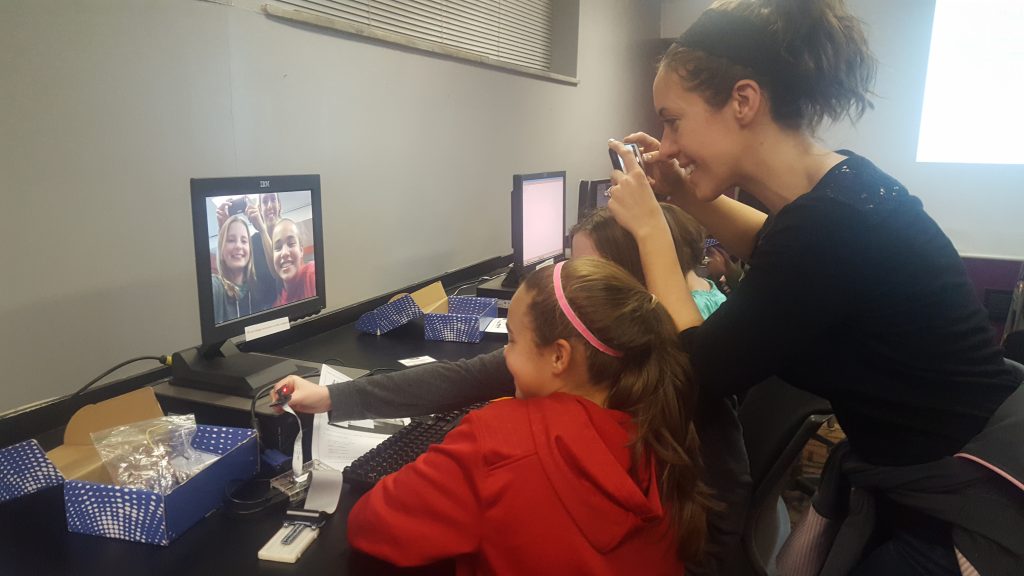 The next task was to connect the motion detector and write additional code to have the camera record upon sensing movement and save the recording to a file.

While I like block coding tools that we’ve used in previous workshops to focus primarily on the logic, having the girls code directly in Python was much more real. There were lots of syntax errors that they needed to work though…you know like real programmers do. This was a great exercise in helping them understand the intricacies of programming languages. 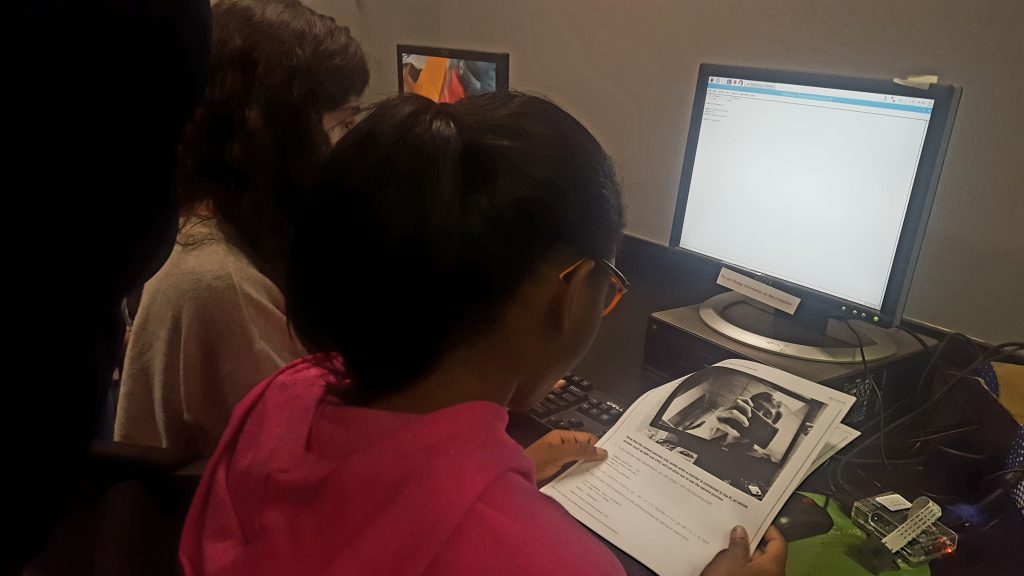 All in all, the workshop was a huge success. The girls were fearless, they learned a lot, and they are excited and eager for the next workshop. You can’t ask for a better result than that. Except, it does get better, at least for me. Working with these young girls and empowering them breathes new life into me. Being a woman in tech is not easy, but when I work with these girls and see their brilliance and potential to totally flip the tech industry upside down – that does it for me…it helps me face another day!