I hosted a vendor booth at the US2020 RTP Gaming Expo where I showcased my Indie fashion game, Diva Chix, on my 13” Macbook. Amongst the other vendors were virtual reality exhibits, dog robots, and dozens of other fancy and futuristic games. 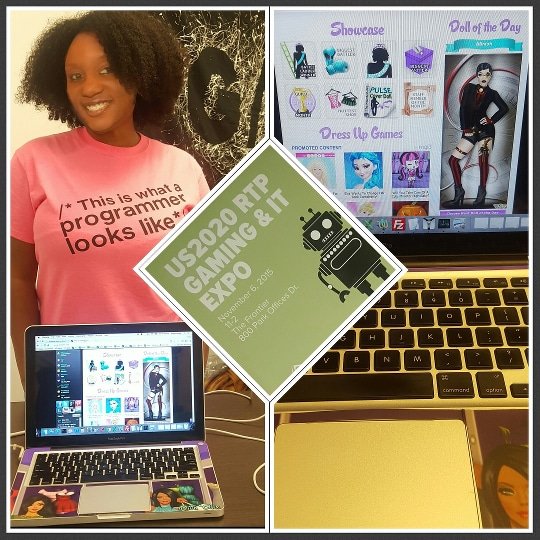 More than 250 middle and high school students were in attendance and were free to see any of the exhibits that they were interested in. I was terrified that no one would come to see my small little setup that lacked the glitzy signage and theatrical effects that other booths had. Yet, before they could even make out what it was I was showing, a substantial amount of girls (and black boys) were drawn to my station and wanted to see what I had to demo.

This was because in the midst of the (white) male-dominated vendor booths, they saw someone who they could identify with. That drew them in way more than the robot dog or the virtual reality goggles.

As a professional with more than 13 years in the industry, I’m still moved the same way these girls were when I see women in my field being highlighted. Earlier this year, a tweet came across my feed that showed a black woman (Annyce Davis) who was going to be speaking at a tech conference. As a Black woman myself, this immediately grabbed my attention and I read more about the conference and ultimately ended up attending. See how that works? Representation matters.